Artists draw their inspiration from a variety of sources and the link between design and music is a strong one. It isn’t a coincidence that many Graphic and Web Designers are record collectors, DJs, and musicians (present company included). I am constantly on the search for new and classic music to fuel my creative fire and Tame Impala’s ” Let it Happen” may well be my song of the season.

Kevin Parker’s psychedelic recording project since 2007, Tame Impala is on the verge of its third album, Currents and this opening single finds Parker at the height of his powers. Signaled by the opening keyboard swell and martial drumbeat, Tame Impala’s “Let it Happen” gallops with an energy, insistence, and purpose of creative possibility that seemingly cannot be contained in its sprawling 7 minutes and 30 seconds:

Alternating between moments of brashness and solitude, analog and digital, old school rock musicianship and postmodern electronic studio manipulation, “Let it Happen” redefines the parameters of the modern rock song (Doubtful?  Fast forward to 3:49 mark of the song to hear the track deconstruct and reconstitute itself to epic heights).

As Kevin croons to the song’s fade out:

The more appropriate question is, “Are you ready?”. 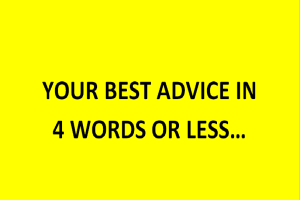 From time to time I receive these kinds of inquiries on LinkedIn and choose not to comment, but this one merited a response:

A well-reasoned, sincere, and articulate mission statement is personal branding at its best. Four active words can serve as a motto to quickly define your being, a mantra to motivate you through self doubt, and an ethical center to guide your actions:

P.S: It may be impossible to truly achieve a perfect work-life balance, but having a core set of principles and practices can provide an important framework for addressing future challenges.

As discussed in part 2, Adobe Shape CC is an incredibly useful tool for scanning sketches into vector files, but I find the Adobe Draw CC’s ability to DRAW directly into the application to be faster and more functional.

I am creating a poster design inspired by the film Whiplash and Adobe Draw CC is ideal for importing my photo layer from my Creative Cloud library and tracing the image layer with a Bamboo Stylus Pen.

At this point, I can use Draw CC’s layers, brushes, color palette, and opacity functions to modify the image, or export the file to Adobe Illustrator or Photoshop.

Adobe Draw CC is also a useful tool for creating custom fonts, so I am experimenting with the brush tool to render different hand-drawn text treatments for the poster’s titling.

Once upon a time (not so long ago), I laboriously scanned my hand drawn sketches into as a useable file format and meticulously traced as vector art. Now thanks Adobe Shape CC it is possible to transform sketches into vector art from your phone or tablet in a matter of seconds and export into Adobe Illustrator for editing.

Check out the video to witness this miraculous process:

As an Adobe Creative Cloud subscriber I have recently added a suite of their mobile applications to my iPad to test their functionality and possibly integrate into my workflow and I have been impressed by these powerful, yet easy to use tools. 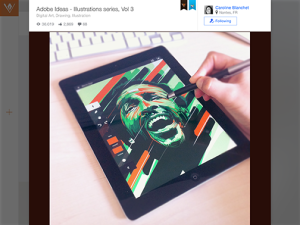 Share completed and work-in-progress projects via the Community Drawings portal, powered by Behance.

Being both a design and film enthusiast, the book Criterion Designs
is a 10″ x 13″, 306-page collection of cinema history as well as a fascinating insight into the creative process of some of the finest commercial artists and illustrators working today.

This is inspiring and challenging work that will enhance any studio, office, or coffee table. Check out the book teaser below: 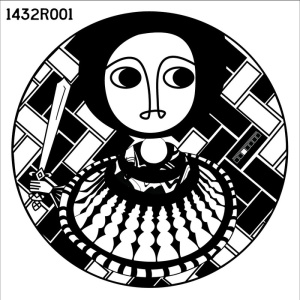 Welcome to Todd Love Supreme.  A site dedicated to music, culture, and the creative process! We have a lot of great content in store for you in the months to come. So please be patient and come back soon.