Let’s celebrate National Donut Day with a fine donut, a hot cup of coffee, and a quick lesson from Doug Ray at Three Ships on the difference functions of social networks. Enjoy!

From my childhood I fondly remember staring at Richard Amsel’s Raiders of the Lost Ark poster outside of the theatre box office: it’s clean lines, graphic symmetry, and beautifully rendered images and bold colors inspired me.

As a designer, I have always loved to create and study posters. They have always struck the balance between information and creativity; often revealing an artist’s distinctive style and singular point-of-view as much as the product or service it’s promoting.

Cooper Hewitt’s How Posters Work Exhibition explores the theory and technique of the poster and is on view from May 8, 2015 to November 15, 2015. I have included samples below, but a detailed look at the curated pieces for the exhibition are online and print in a companion book edited by Ellen Lupton, Cooper Hewitt’s Curator of Contemporary Design.

Here are 10 writing tips from author, editor, and teacher William Zinesser who passed away last week at the age of 92. I must admit, I didn’t know of Mr. Zinesser’s work prior to his passing, but after hearing an thoughtful appreciation of him last week I intend to read On Writing Well immediately.

Every day I pick up my four-year old daughter from day care and every day each student produces at least two new art projects! I admire and aspire to their level of output (and to have mandatory naps and play time), but what impresses me most is the freedom and joy in their work. Kids aren’t overly concerned about proficiency and perfection, they just want to express themselves and get their ideas out. The results are always creative, interesting, and original—isn’t that what EVERY artist wants?

Enter artist and educator Lynda Barry, whose comics I have been reading for about thirty years, who has a great drawing exercise to access one’s creative inner child (Source: http://www.cbc.ca/radio/q/schedule-for-friday-may-8-2015-1.3065520/cartoonist-lynda-barry-dares-you-to-draw-like-a-kid-1.3065525):

Level one! Monster to-do list:
1. Take an 8 1/2 x 11 inch piece of paper. It’s better if it’s a piece of paper you were planning to throw away.
2. Fold it into four quarters, so it’s divided into four chambers.
3. Take a pencil or a pen. On one chamber, make a squiggle.
4. On another chamber, make a closed shape, like a square or a rhombus.
5. On the third quarter, make another squiggle.
6. Set a timer for two minutes, that’s how much time you have to turn that first squiggle into a monster. You know, eyeballs, teeth, claws, etc. Repeat for all four chambers.
7. Make a list of 10 things you have to do that you’re not doing. (I have to do my laundry, go to the dentist, etc.)
8. Look at that list, and figure out which monster has to do what.
9. Write those tasks above those monsters. It’s an instant comic and the results are often hilarious.

Level two! Monster parenting
1. Fold another sheet of paper into quarters.
2. Take any one of those monsters, and now draw that monster’s parents.
3. Think about the task that monster has to do — like go to the dentist. Make one parent loves the monster “Honey those teeth aren’t important, what’s matter is you’re happy.” Make another parent hate you “Of course you’re not going to the dentist.”
4. Just have them start talking about the problem. It’s instant! And the most important thing is it makes you start laughing.

Bonus: the Counterfactual Drawing Board Project:

<Writer’s Note: This is an amended post where I have added more information>

I am a Graphic and Web Designer by trade, but for many years I’ve earned money as a professional DJ (for events, companies, organizations—and on occasion—a wedding or party on referral) and there is nothing quite like the rush and excitement of performing music for a crowd. But, before you can move the crowd there is a lot of preparation involved:

Deejaying is a performance: the live aspect of playing before a crowd is theater and everyone is watching you so don’t blow it by not being prepared. 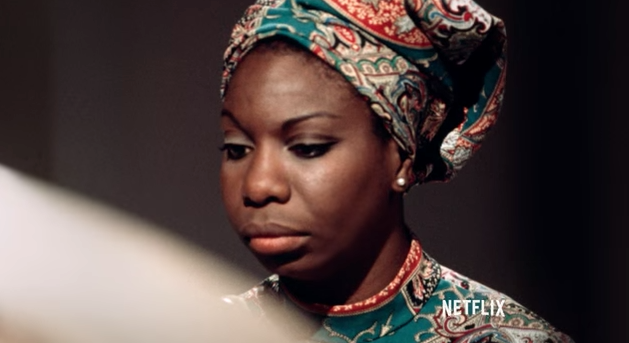 Nina Simone is personally inspiring because of her singular commitment to her craft, her art, and her message. During the height of the civil rights struggle, she put it all on the line—her fame, her reputation, and her career—to reflect the times in which she lived.

I, for one, am excited to see this film and not the fictional movie on Ms. Simone, as portrayed by Zoe Saldana(!).

Ahmir “Questlove” Thompson is best known as drummer, writer, and producer for the hip-hop supergroup The Roots, but just as important he is a globe-trotting DJ and avid record collector.

Ten years ago, The Roots played in Cuba and Questlove vows to return again soon. I can’t speak for the American or Cuban governments, but I trust that “Questo” speaks the truth and we will all be the richer for the effort!